Structure Supervisory and Advisory Board, and Executive and Management Teams.

We’d like to bring the following to your attention.

As of the 1st of April, Jaap-Frank Ponstein has resigned as director and joined the Supervisory and Advisory Board (S&AB) of Dutch Medical Group (DMG). This appointment relates to Jaap-Frank’s decision to focus on large assignments in the field of care coordination and primary care in the Netherlands from an independent position. Jaap-Frank has been of instrumental importance to DMG as director for the past three years. We are therefore happy to have Jaap-Frank remain with us as member of our S&AB. We have decided on a so-called ‘one tier board’, meaning that there is a personal relationship between daily management and the S&AB.

Gertjan Lieftinck has been appointed director of Dutch Medical College (DMC). DMC plays an increasing strategic and company-wide role and is instrumental to innovation within DMG.

Tijs de Tombe has joined the Management Team (MT) as secretary and policy officer. Tijs leads a number of strategic projects within DMG and broadly supports the MT. Tijs will also be fulfilling the role of secretary to the management team.

We would like to thank Jaap-Frank for the excellent and collegial cooperation within the board and congratulate him on his appointment to the S&AB. We would also like to congratulate Gertjan and Tijs on their new positions. Their appointments will further strengthen the growth of our organisation.

The appointments shown below are effective as of the 1st of April, 2021. 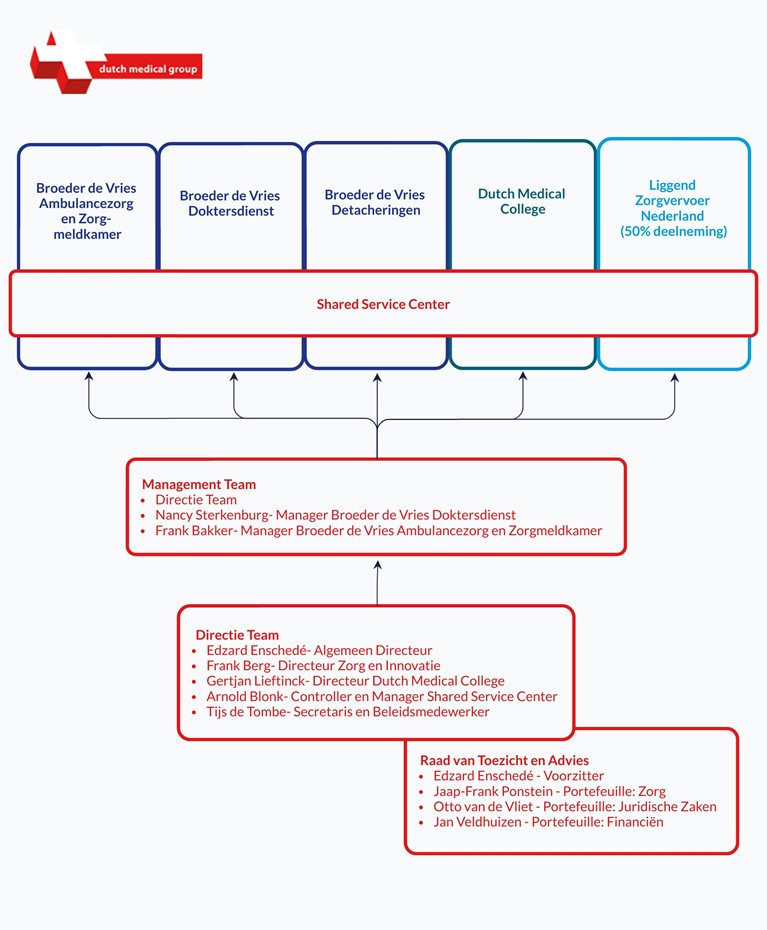